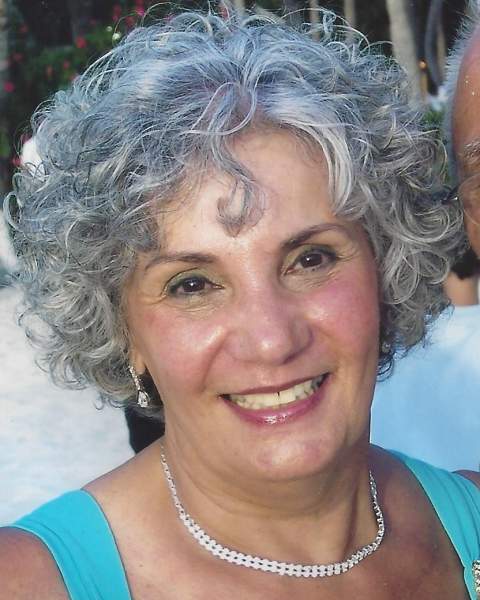 Janet A. Bove (nee Aromando), age 78, of East Hanover, NJ passed away
peacefully in her sleep in the presence of her beloved husband, Anthony, on
August 25, 2022. Relatives and friends are invited to attend a visitation for Janet
at the Galante Funeral Home, 54 Roseland Avenue, Caldwell on Monday August 29
from 3-7 PM. A Funeral Mass will be celebrated at St. Joseph's Church in West
Orange on Tuesday at 10:30 AM. Entombment will follow at Gate of Heaven
Cemetery.
Janet was born on October 3, 1943 to Sam and Marie Aromando of the North Ward
section of Newark, NJ. She was the youngest of her four siblings, Rosalie, Robert,
and late brother, Anthony. At 16 years of age, while attending Barringer High
School in Newark, Janet met her faithful and loving husband, Anthony. After
attending high school, Janet went on to graduate from Essex Vocational School
and had a career as a hair stylist. Janet loved styling hair, had a flair for fashion
and always looked her best!
Janet and Anthony married on November 6, 1961 and spent the next 55 years
together building a beautiful life together. They had three daughters, Christine
Bove, Lisa DeMasi and Dina Xhelo. Janet was a dedicated homemaker and adored
her children. Janet had many talents including art, sewing, crafting, cooking and
baking for her loved ones. Janet was a very active, kind and caring person who
always put others before herself.
Janet and Anthony were blessed with a beautiful family. She was a loving mother
to Christine Bove, Dina Xhelo and her husband Tom and Lisa DeMasi and her
husband Ralph; adoring grandmother of Lucia, Viviana, Gabriella and Anthony.
Janet’s family was the center of her world. Despite battling illness, Janet was
always there to care for her family. According to her grandson, Anthony, “My
grandma is beautiful, nice, funny, good at cooking. I love to get my haircut by her.
She is the best ever to cuddle with. She is fighter and number 1 Grandma.” Viviana
says that, “Grandma is so nice, amazing and the kindest person ever and makes
the best food. I love Grandma.” Lucia adds that, “Grandma always cares about
everyone else over herself and that she always came to all my games, even if she
didn’t feel good, to support me.” Gabriella feels that “ Grandma is the best, she is
a great cook, amazing artist but most of all, she was the best grandma in the
world.”
Despite Janet’s own battle with breast cancer, she continued to think of others.
Year after year, Janet spent countless hours baking her famous biscotti to sell to
raise money for the American Cancer Association to support breast cancer
research. She always surrounded herself with her family and friends, which is
where she felt most comfortable and loved.

To order memorial trees or send flowers to the family in memory of Janet A. Bove, please visit our flower store.