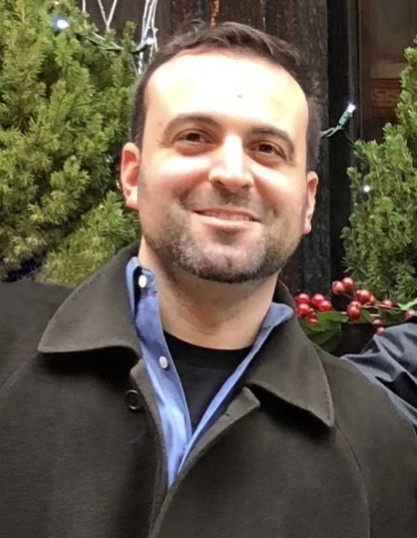 A visitation for James will be held on Thursday June 30 from 4-8 PM at the Galante Funeral Home 2800 Morris Avenue, Union.

When Jimmy Montemurro was born on June 19, 1984 he immediately brought the greatest love and joy anyone could ever imagine into the lives of his entire family. "Jimmy Joe," as he was commonly known to his loved ones, was born with a smile on his face and that smile captured the warmth and admiration of so many people

James Joseph Montemurro was a born artist, writer and actor and would spend his beginning years writing stories and composing songs, attaching each one with drawings related to his themes. As he grew up he developed a passion for acting and participated in school plays and was an active member of WYACT (Westfield Young Artists Cooperative Theatre), involved in many aspects of highly touted productions. His summers were consumed with caddying and he was proud to be able to serve as an altar boy at Holy Trinity Roman Catholic Church in Westfield.

Jimmy attended Westfield High School and was a member of the football team for four years. He took pride in the fact that he was a part of a squad that supported one another and promoted true camaraderie. In 2002 Jim went on to Curry College outside of Boston. Instead of football, he gave rugby a try and luckily, did not lose any teeth.

After graduation in 2006, Jim entered the business world where he worked for many different corporations over the years in their sales department, His last position was with Cintas, where his supervisor praised him for his dedicated work ethic and sales production. Mom and Dad were very proud of him.

He will be forever deeply attached to the hearts of his beloved parents, James and Susan, his sister, Lauren, his aunt, Teresa and his uncle, Joseph as well as all the other loving members of his family and friends.

Jimmy was a very special human being and will be heartbrokenly missed. We wish him eternal peace and comfort. God bless our loving son.

** In lieu of flowers donations in his honor can be made to St. Jude Children's Research Hospital**

To order memorial trees or send flowers to the family in memory of James Montemurro, please visit our flower store.