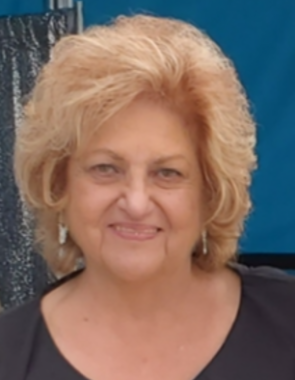 Relatives and friends are invited to attend a visitation for Jackie at the Galante Funeral Home, 2800 Morris Ave. Union on Sunday March 13 from 1-6 PM. A Funeral Mass will be celebrated at the Cathedral Basilica of the Sacred Heart in Newark on Monday March 14 at 10 AM. Entombment will follow at Holy Cross Cemetery.

Born and raised in Down Neck, Newark, Jackie graduated from East Side High School, MTI Business School, and also attended and graduated from beauty school. She worked for many years on the docks in Port Elizabeth with her son Lenny where she was an ILA Checker at Maher Terminal for Local #1.

The daughter of the late Frank "Fricky" (of Fricky's Hideaway Tavern in Newark) and Helen (nee Bassano) Fiore, Jackie was the beloved mother of Lenny Moravek, Jr. and his ex-wife Camilla, and her son John and Helen Ann Moravek and her husband Greg; loving grandmother of Brianna and Brody, who were the lights of her life. She was the devoted sister to Theodore Fiore of T. Fiore Demolition and Recycling of Newark and his girlfriend JoAnn and Arnold Fiore of A-T-Fiore Disposal of Newark, who was always like a brother to her, and his wife Marianne. She was the special aunt to Lisa, Teddy, Jr., AnnMarie, to whom she was also Godmother, and Tara Fiore. Jackie was predeceased by her husband Vincent C. Policastro, and her sister-in-law Catherine Fiore, beloved wife of her brother Theodore Fiore, She is also survived by a number of dear family and friends.

Jackie adored spending time with family and friends, and attending parties- but most of all throwing them! She loved to shop and took great pleasure in spoiling her grandchildren. Jackie had a love of travel, especially visiting Bermuda and Aruba, and often enjoyed a cup of coffee while sitting shoreside at the beach. She also looked forward to going out to breakfast and dinner with her loving son, Lenny.

To order memorial trees or send flowers to the family in memory of Jacqueline Fiore, please visit our flower store.

Cathedral Basilica of the Sacred Heart