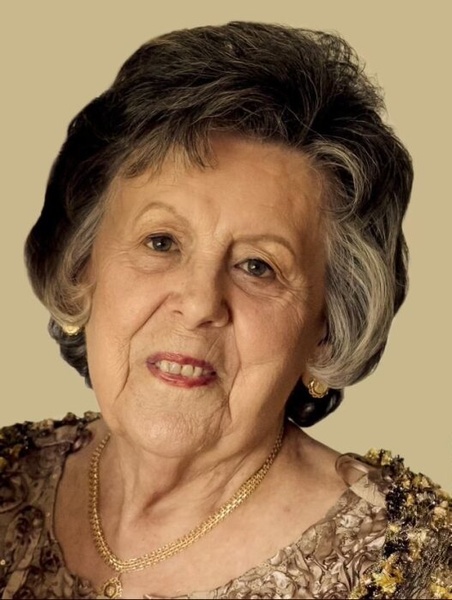 Isabel Garcia, 86 of Newark passed away on July 14, 2022.
Born in La Concepcion, village of Huercal-Overa, Almeria, Spain, she labored in her family’s orchard fields and farm. Her mother taught her embroidery as a young woman and later mastered the art. Wanting to further her education, she created and sold her embroidered works to pay for her own tuition in a dress-making and pattern design course. She then received a degree in Clothing Pattern design and Dress-making. This was one of her proudest accomplishments.
She married the late Miguel Garcia in 1962 and left Spain with him to live in West Germany, where they found work in the same factory. When she had her first child, she returned to her love of sewing and did so for the small community she lived in.
Her life took another turn when this small family immigrated to the US in 1970. She found employment in several sewing factories until she retired at the age of 59 when her son graduated college. In her retirement, she enjoyed spending her time with her grandchildren and traveling with her husband, often returning to her village in Spain and exploring her beloved homeland

Isabel leaves behind her loving children Francisco, and Caty Milara and her husband Gines; and her sister Juana Diaz Sanchez.

She also leaves behind her cherished grandchildren Diego Michael (Mallory), Arielle (Sebastian) and Jacqueline; and her great-grandchildren Maddox and Myles, and also many nieces and nephews.

In lieu of flowers, donations to the American Cancer Society in her memory would be appreciated. (see below)

To order memorial trees or send flowers to the family in memory of Isabel Garcia, please visit our flower store.