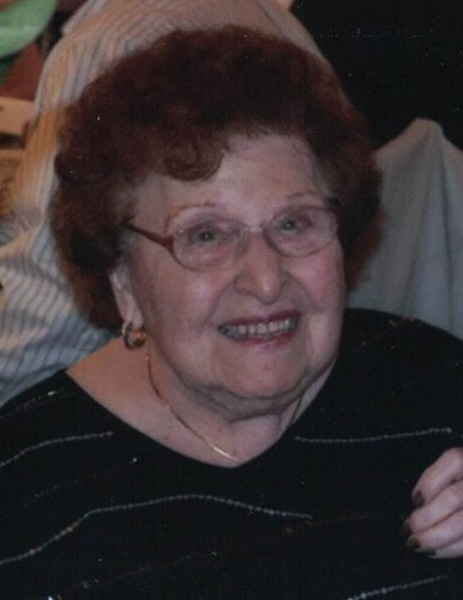 Ida Fortunato (Marasco) 99 of Union, passed away at home on April 21,2022.  Wife of the late Peter, Formerly of Newark, Ida was a resident of Union for 52 years.

She was a member of Golden Age Senior Citizens in Union as well as Union Township Active Retirees and Catholic Daughters Court 1360.

Ida was the wife of the late Peter Fortunato.  She was the daughter of the late Antonette and Joseph Marasco and she was predeceased by her brother, Patsy Marasco and her sisters, Concetta Marasco and Caroline Volpe.

Family and friends are invited to attend a visitation Wednesday, April 27 from 8:30-10:00 AM at The Galante Funeral Home 2800 Morris Avenue, Union.

A Funeral Mass for Ida will be held Wednesday, April 27 at 10:30 AM at St. Michael the Archangel Church 1212 Kelly Street, Union.

In Lieu of flowers, the family requests that donations be made in Ida's memory to the National MS Society by using the below link:

To order memorial trees or send flowers to the family in memory of Ida Fortunato, please visit our flower store.