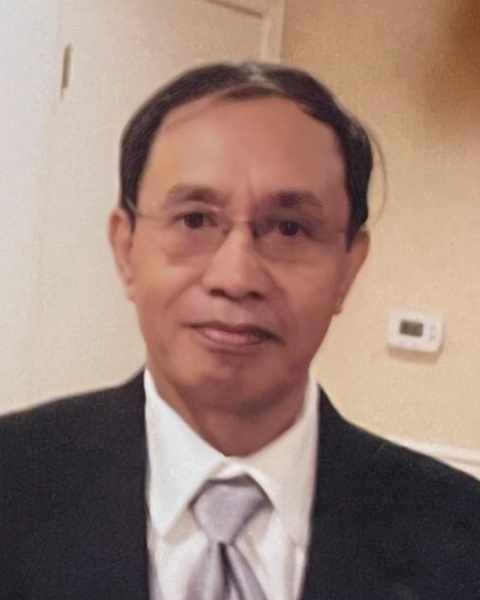 Henry Bacuna Acot 70 of Union, was a faithful servant of God, dedicated husband, and devoted
father and grandfather. He passed away peacefully on September 30, 2022, surrounded by
family. He was born on July 31, 1952, in Bacolod City, Philippines and was adopted by his
uncle, Antonio Acot and his aunt, Marietta Bacuna Acot. Even though he was an only child,
he was loved tremendously by his family and learned many ways to show and share his
love for others.
On October 30, 1982, he married the love of his life, Merle Vergara in Bacolod City.
They were sealed together with their two children in the Manila Philippines Temple in
1988. Together they raised two children: Melissa Acot Shelton and Marie Acot Ortega.
Before coming to the United States, he worked as a Merchant Marine for
approximately 15 years. He arrived in America in 1992, settling down with his family in
Union, New Jersey in 1993. He worked diligently as a mail handler for the United States
Postal Service for 20 years before retiring in 2019. He had a wonderful love of music and
often spent time playing his guitar, listening to his favorite bands, The Eagles and
Fleetwood Mac, and singing karaoke with his children and grandchildren. His favorite
activities also included going to the movies for date nights and spending as much time as he
could with his grandchildren.
Henry was a gentle man who devoted his entire life to serving God, serving his
fellow man, and loving his family wholeheartedly. He served in several callings in the
church, most notably as President of Sunday School. He was the greatest example of faith,
forgiveness, and kindness. He became this man by following the loving example of the
Savior, Jesus Christ.
He leaves behind his wife of 39 years, Merle, his two daughters Melissa and Marie,
his son in law, Jairo and his four grandchildren Mariah, Alesha, Jaden and Athena. The life
lessons he imparted will last for generations to come and through his beautiful spirit, he
showed his family and the world a small glimpse of heaven. To acquaintances, he was
known for his genuine smile and his welcoming nature. To his family, he was the
dependable, steadfast rock, loving father and “Pop-Pop”. And to his wife and eternal
companion, he was simply the greatest blessing she could have hoped for; he was and
always will be her best friend. He was immensely loved and will be greatly missed.

Funeral services will be Friday at 11am at the Church of Jesus Christ of Latter Day Saints at 1600 Springfield Avenue in Maplewood, NJ

Friends and Family are invited to visit at the church prior to the services, from 9 to 11 AM on Friday.

To order memorial trees or send flowers to the family in memory of Henry Acot, please visit our flower store.