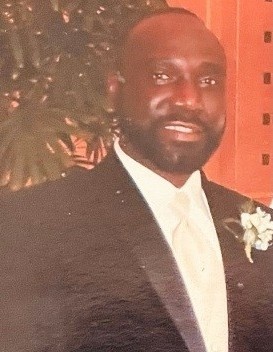 Hadie Davis Jr was affectionately known as “Ted” he was the first child born of 4 boys on December 3rd, 1950, in Wayne County, NC to the late Annie Beatrice and Hadie Davis Sr. Ted departed this life on November 23, 2021.

Ted was raised and received his education in Fremont, NC. He was always a visionary and grasped the opportunity to join the United States Marine Corps. Upon leaving the Marines at 21, he relocated to Newark, NJ. where he found his true joy in trucking. Ted worked in the trucking industry for decades until his health declined.

Ted's true love was his family and his love for vintage cars. He paid attention to detail and enjoyed conversing about specific performance and value of almost any vehicle. He took joy in restoring  and making them a showpiece. His dedication and true diligence always provided him with an audience of onlookers.

Ted was a resolute member of the masonic brotherhood and remain dutiful for decades in various positions that exemplified his role as a team member and later a leader.

Ted enjoyed traveling and outdoor activities like fishing and watching baseball. His biggest pass time actives were spent past with lifelong friends and visitng familiar places.

Ted was preceded in death by his parents Annie (Pumpkin) and Hadie Davis Sr. His brothers Arlester, Wayne and Stanley Davis, his grandmother Dora Wilkes.

To order memorial trees or send flowers to the family in memory of Hadie Davis. Jr., please visit our flower store.