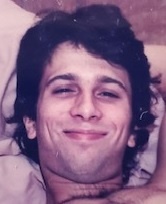 Family and friends are invited to attend a memorial visitation in celebration of Guy's life at the Galante Funeral Home, 54 Roseland Ave. Caldwell on Monday April 5 from 4-8 PM.

Born in Paterson, Guy lived in Prospect Park for 14 years until moving to Pequannock in 1997. He was a longtime resident until recently moving to East Orange. After serving in the Army, Guy worked as an electrician for many years.

Guy was a kind-hearted man who enjoyed having a fun time. He liked cheering on his New York Yankees, and listening to his favorite music- especially Queen. Guy was always up for a trip to the casino, and had great luck with scratch-off tickets, winning almost every time! Guy was a huge fan of Godzilla, and was anxiously awaiting the release of its latest film.

Above all, Guy most treasured time spent with his loving children; whether it was watching a good horror movie together, or attending WWE wrestling events. He was also a devoted husband who was crazy in love with his dear wife, Diane

Guy was the beloved husband of 35 years to the late Diane Ruby Rose (nee Vaitovas). He was the loving father of Crystal Finnegan and her husband the late Joey, and Heather Petsu and her husband Paul. He is also survived by Biagio and Carmine, who were like sons to him. Guy was the brother of Colleen Rose Miller, Drew Rose and Denene Rose Ortiz, and cherished uncle of Sara, Emma, Hanna, Casey, Jamie, Jack, Emma, Maddy and Catelyn.

To order memorial trees or send flowers to the family in memory of Guy Rose, please visit our flower store.