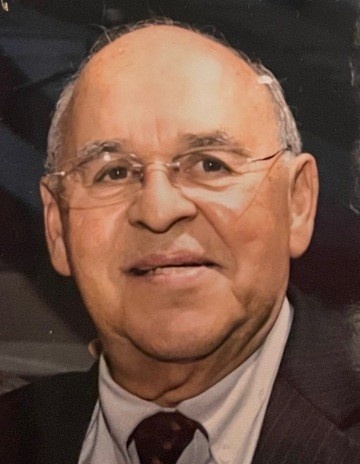 George Petkov, 82, of Union, passed away peacefully on Sunday, February 28, 2021. George was born in Newark on July 26, 1938, to Daniel and Dora Budishin Petkov. He is survived by his beloved wife of 52 years, Linda Potter Petkov, and by his two daughters and their spouses: Danielle and Matt McLean, Nicole and James Leavy. He is also survived by his grandchildren, Séamus and Reagan Leavy, and Madelynn, Owen, and Margot McLean. He also leaves behind his loving sisters Milicent Petkov Sobin and Dorothy Petkov Interlante. He was predeceased by his sister Janet Petkov Yezdamir. George had many fond memories of growing up in his old neighborhood, Newark, NJ. He moved to Union shortly after getting married in 1969. George became a member of the Int’l Assoc. of Heat and Frost Insulators & Asbestos Worker Local 32 in 1964. After retiring from Local 32, he worked for Planners Diversified in Summit, NJ. George was also a proud member of the United States Marine Corps, serving from 1957-1960. During his tenure as a Marine, he was selected to be a member of the first HMX-1 helicopter squad, serving under the Commander in Chief, President Dwight D. Eisenhower and Vice President Richard Nixon. He enjoyed every minute of time traveling the world and brought back many wonderful stories, which he loved to tell. Always active in his community, George served as a member of Union Chapter of UNICO National , the Union Elks Lodge #1583, the Greek Legion, the Columbian Italian American Club of Union, The Regular Democratic Club of Union and the Township of Union Zoning Board of Adjustment serving as the Vice Chairman. You’d be hard pressed to find anyone in Union that didn’t know George. Even harder still, would be to find someone that had a negative impression of him.  G eorge had a truly amazing personality that seemed to leave a mark on almost anyone he encountered.

To order memorial trees or send flowers to the family in memory of George Petkov, please visit our flower store.