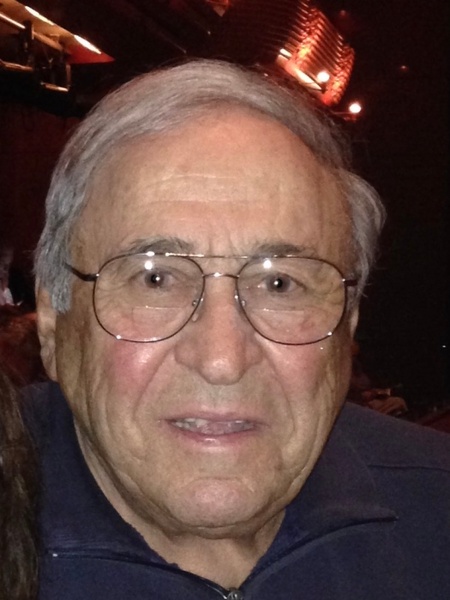 
Gennaro (Jerry) Petti, 86, passed away peacefully on February 14, 2020. He was born in "Down Neck" Newark to the late Pasquale and Melinda (Speziale) Petti. He attended East Side High before living in Vailsburg. He moved his family to Union in 1965 and played an active role in the community.
His family was the center of his universe. He was predeceased by his wife Elizabeth; sister Josephine and her late husband Florent Natale; He is survived by his daughter Lisa Ciampi and her husband Gary; son Jerome and his girlfriend Pauline; brother Pasquale Petti, Jr. and his wife Sally; brother-in-law Arthur Edwards; grandchildren Anthony Ciampi and his wife Jamie; Christine DiGena and her husband Pete; great-grandsons Gennaro, Rocco, Lorenzo, Santino and Antonio.
He served on the Union Board of Adjustment for 25 years, was a longtime member of the Columbia  Italian-American Club of Union, received Union Unico's Richard J. Galante Humanitarian Award and was a Union Elk B.P.O.E. 1583 for over 50 years where he coached and played on the softball team. He was a lifetime Yankee fan and a "Knothole Kid" of their Triple A Newark Bears.
A proud U.A.W. member, he retired from General Motors and began a second career as a bus driver for the Union Board of Education where "Mr. Jerry" caringly looked after "his kids" on the Battle Hill/Central 5 route.
A patriotic American, he served in the U.S. Army in France and Germany. Proud of his Italian-American heritage and working class roots, he was a "New Deal" Democrat. He served as a district leader for 30 years, registered countless voters, delivered absentee ballots to dozens of ill and elderly citizens every year. He was a fixture at Washington School on Election Day.
A fierce competitor in sports and politics you always knew where he stood but after the game or election was over, he earned the respect and friendship of those he had done battle with. He made friends easily and truly cared about people but he lived for his family. He cared little about material pretense and his best birthday present was enjoying pasta fagioli, stuffed artichokes and red wine surrounded by his family. The smiles of his great-grandsons were the sunshine that lit his life.
Holiday morning ritual was an "Italian Bakery Run" one stop for long loaves, twists, pastries, and another for semolina, bringing home a flour bag full of bread before he was done.
He worked second and third jobs, pumping gas, delivering pharmacies, selling Christmas trees, shoveling snow, and managing properties.  No task or sacrifice was too great to provide a better life for his children and grandchildren.  His passing leaves them with a void that will never be filled but his smile will remain with them all their days and his love be a beacon that will guide them.
Visiting hours at Galante Funeral Home 2800 Morris Avenue, Union, will be Friday, February 21st from 3:00-7:00 pm with a service on Saturday, February 22nd at 10:00 am-followed by burial at Gate of Heaven Cemetery in East Hanover.
In lieu of flowers, the family asks that you make a donation to St. Jude's or do a favor for a family member or friend because that's what Jerry would have done.

To order memorial trees or send flowers to the family in memory of Gennaro Petti, please visit our flower store.