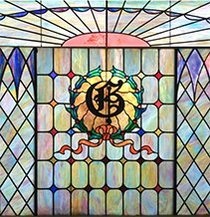 Funeral is from the Galante Funeral Home, 2800 Morris Ave. Union on Saturday at 8:30 AM. A Funeral Mass will be celebrated at St. Genevieve Church in Elizabeth at 10 AM. Interment will follow at Graceland Memorial Park. Visitation is on Friday from 4-8 PM at the funeral home.

Born in Newark, Garrett was a longtime Union resident. He graduated from St. Benedict's Prep in Newark before serving in the Navy as a machinist until 1952. After, he worked at Pabst Blue Ribbon and Middlesex Engineering before working as a design team leader with Foster-Wheeler Energy Co. in Clinton for many years, retiring 16 years ago. His job took him all over the world for his work on oil refineries.

A member of the Hillside Knights of Columbus, Union Senior's Monday Club, and the Hillside Italian-American Club; Garrett was also very involved at his parish, St. Genevieve's. Here, he served as a scout leader for Troop 23 for ten years, as well as being a communicant, and active in their Senior Citizen Club.

To order memorial trees or send flowers to the family in memory of Garrett O'Connor, please visit our flower store.