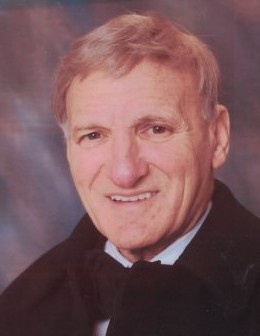 On December 6, 2018, Fred “The Cone” Paone passed away peacefully with his loving and beautiful wife, Arlene, and his son, Gino, by his side. Born January 29, 1935 and raised in Harrison, NJ, Fred was known for his larger than life personality, charismatic ways, and wonderful sense of humor.

Growing up in a family of seven in the 40s and 50s following the great depression, where the average family lived by the era-motto “use it up, wear it out, make do, or do without,” Freddy developed a love and appreciation for the finer things in life: a new powder blue Oldsmobile, Italian leather shoes, and a taste for the best cigars, liquor, and restaurants. Continuing in that trend, in high school he met the beautiful love of his life, Arlene Notaro. Soon after, they were married and eight years later had their first son, Dean Michael Paone (Dino). A little over two years later their second son, Gene Anthony Paone (Gino), was born.

Losing his father at an early age, like his siblings, Fred learned early in life the importance of family and was on the fast track of becoming a man. Though he was one who preferred to avoid manual labor, he was always a hard worker. At a very early age he dabbled as a draftsman and then worked at Newark Leather Finish. Soon after he embarked on a long career in trucking which included working for June Dairy, Paul’s Trucking, and Caretta. In addition, for many years he worked in hospitality and was a shop steward for Hotel and Restaurant Local 69 and worked at the Meadowlands Race Track where he helped run the Pegasus.

Along his life’s journey, the amount of people Freddy impacted over the years is immeasurable. He possessed amazing people skills and was able to relate to people at all levels. Whether touched by his charismatic and infectious personality, ability to live life to the fullest, countless expressions and sayings, or endless stories and jokes, Freddy always had a way of bringing a smile to your face or making you feel good. He also always looked out for people and put many of his friends and family to work. His presence could light up a room and he was always the “hit of the party.” He loved his family, music, great food, fishing and crabbing, all sports, cards, the horses, and the action that comes along with it.

Over the last 20 years Freddy experienced some serious health issues. The incredible love and care he received from his wife Arlene, combined with his love of life, strong will to live, and tough as an ox mentality helped him live longer and exceed expectations which only made everyone love and appreciate him even more.

Fred Paone was a great son, a loving brother, and a wonderful father. Along with his wife Arlene, he leaves behind his two children, Dino (Erica) and Gino (Michelle); his two grandchildren, Sophia and Luca; his sister, Rosemarie; his brothers, Nicky, Sammy, and Dominck; and his sister-in-law, Sandra Mancuso. He is predeceased by his parents, Samuel and Pauline Paone, and his sisters, Francis Taylor and Gloria McConvelle. A special acknowledgement to his nephews, Donny Paone, Mario and Nunzio Martucci; nieces, Crystal Ann, Michelle Paone, and Sharon DePalma; as well as Michelle Money – all who provided endless love, great memories, and support. You all held a special place in his heart.

Freddy will be sadly missed, but through our tears we remember what an honor it was to know and love him. His wonderful spirit and character will live with us forever. As he would say, “That’s the difference.”

To order memorial trees or send flowers to the family in memory of Fred Paone, please visit our flower store.