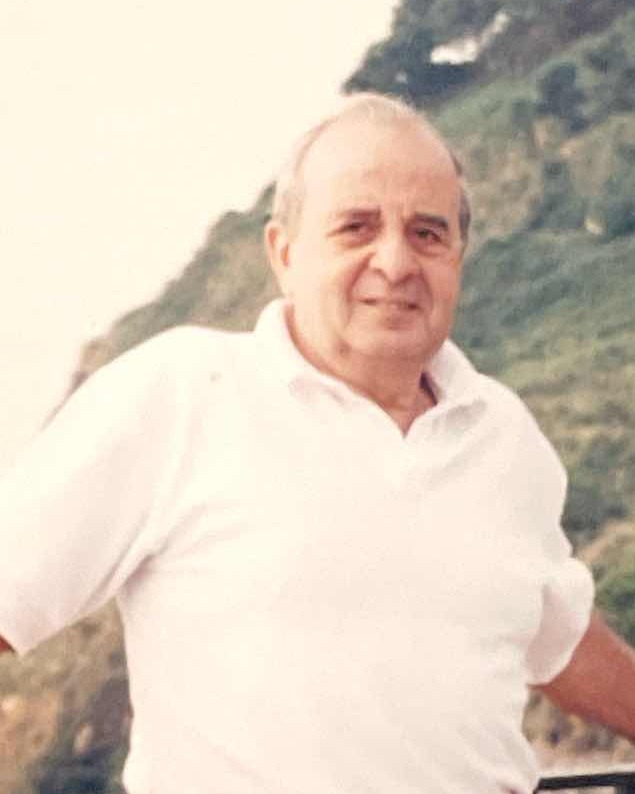 Frank Criscitiello, 96, of Mountainside New Jersey passed away peacefully at the home he built for his
family on January 19, 2023. Frank was born on December 16, 1926 on Clifford Street in Newark, New
Jersey. He is survived by his loving wife of 73 years, Anne (Curci) Criscitiello; sons Gary (daughter in law Tracy) and Gregory; beloved grandchildren Danielle (Michael McLaughlin), Michael (Gina Criscitiello), Ashley (Neil Pirone) and Maxwell (Jesse Bello) and great grandchildren Hudson, Lincoln, Deacon, Marina, Gia, Miles and Jameson. He is also survived by his sister Tessie and brother Sam. He is predeceased by his siblings, Lucy, Angelo, Thomas, John, Arnold and Anthony.
Frank served in the army for two years during World War II. After the war Frank became an
entrepreneur with successful businesses in injection molding within the plastic industry and commercial real estate development in Kenilworth New Jersey. Frank and Anne lived for many years in Mountainside, New Jersey while wintering in Hillsborough Beach, Florida and summers in Mantoloking, New Jersey.
A viewing will be held Monday, January 23th at Galante Funeral Home, 2800 Morris Avenue, Union, New Jersey 07083 between 4:00 pm - 8:00 pm. Funeral mass will be held Tuesday, January 24 th at 9:30 am at Our Lady of Lourdes Church, Mountainside New Jersey with burial at Hollywood Cemetery. In lieu of flowers, donations can be sent to Children’s Specialized Hospital of Mountainside, an organization that Frank held close to his heart and contributed to over many years.

To order memorial trees or send flowers to the family in memory of Frank Criscitiello, please visit our flower store.

Our Lady of Lourdes Mountainside