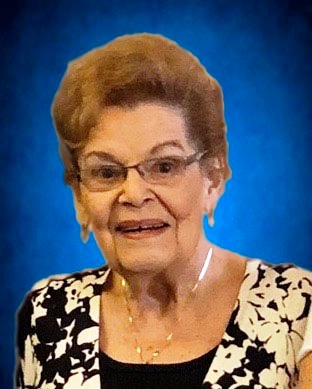 Evelyn Mary Allister, (nee White), passed away on December 16, 2019 surrounded by her children.

Evelyn was born in New York City in 1933.  She grew up in Richmond Hill, NY and graduated from Richmond Hill High.  She was married to William Allister in 1955.  She moved to Union in 1956 with her husband, William, where they raised their three children.

Evelyn worked in Union as a legal secretary for many years before retiring in 1999. She was a devoted member of Connecticut Farms Church in Union for over 62 years where she served as both a Deacon and an Elder. She was also a member of the Order of the Eastern Star for 67 years.

Evelyn will be remembered for her selfless devotion to her loving family.

In lieu of flowers, donations can be made to Connecticut Farms Church or the American Cancer Society in Evelyn’s name.

On Friday, December 20th there will be a funeral from Galante Funeral Home at 9:30 AM followed by a funeral service at Connecticut Farms Presbyterian Church, Union, NJ 07083 at 11:00 AM.

To order memorial trees or send flowers to the family in memory of Evelyn Allister, please visit our flower store.