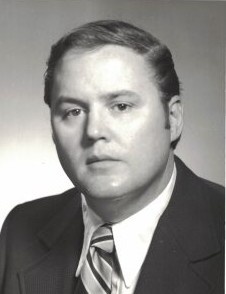 Eugene passed away peacefully at home surrounded by family.  He was born in Jersey City on May 9, 1935 to the late James P. O'Brien and Bridget Drury O'Brien.

Eugene is survived by his wife of 66 years, Annabelle Trapani O'Brien, his sons Gene and Michael, His brother James and sister in law Dodie O'Brien as well as many nieces, nephews and cousins.

Eugene graduated from St. Peter's University with a Master's Degree in Business Administration. He was formerly employed by the F.B.I. in Newark, he was an Auxiliary Police Officer in the Township of Union for 10 years, was on the Board of Trustees for Erhardt Gardens in Union, NJ and was a past President of the Galloping Hill Civic Association for 25 years.

Eugene was also employed as a Sales Associate with Elizabethtown Gas Company  as well as a dispatcher at Kean University for 6 years before his retirement.

The family requests donations to the Donkeyrescue.org fund or to St. Jude Children's Hospital (see below ).

To order memorial trees or send flowers to the family in memory of Eugene O'Brien, please visit our flower store.