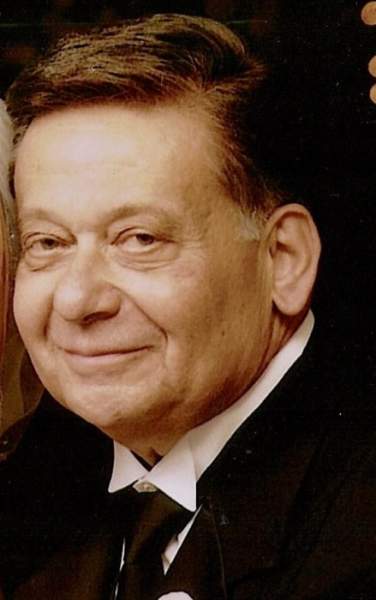 Visitation at the Galante Funeral Home 54 Roseland Avenue in Caldwell on Thursday from 4:00PM to 8:00PM.

Funeral from the Galante Funeral Home, in Caldwell on Friday at 8:30AM.

Funeral mass at St. Philomena Church in Livingston at 10AM.

A devoted husband, father, grandfather and physician. Gene, as his family and friends called him, passed away at home on December 31, 2018. Gene was born in Newark, NJ in 1936. He was raised by his parents Eugene, Sr. and Angela, who both immigrated to the United States from Italy. Gene was raised in a traditional Italian home, surrounded by the love of his hardworking family. He always remembered his roots and passed along these strong values of family, hard work, integrity, loyalty and pursuit of the American dream to his own family.

Gene graduated from Barringer High School and Rutgers University all with honors and excelled at all of his activities, including editor of the school newspaper and yearbook. After high school, he got his first job as a mail carrier for the U.S. Postal Service, and worked while in college to help make money to support his family. After college, he met his wife Catherine. Gene and Catherine married in 1961, and had a devoted, beautiful marriage for over 57 years.

Gene always knew that he wanted to practice medicine and after graduating Rutgers University, he pursued his medical degree at the University of Bologna. During these years living in Italy, he and Catherine were married and had their first child Eugene, III. Gene loved his time in Italy, particularly because it gave him the opportunity to spend time with his relatives that lived there, speak the language and experience the culture. His time spent with family in Italy was some of the most cherished for him and he often reflected with fondness on that special time of his life.

After receiving his medical degree, Gene interned at St. Michael’s Hospital in Newark, NJ and later completed his residency at the Newark Eye and Ear Infirmary. It was during this time that his second child Lisa was born. Before beginning his medical practice, Gene joined the United States Air Force and was stationed at McGuire Air Force Base. He was quickly elevated up the ranks and was honored as Officer-in-Charge of the tri-service blood bank supply during the Vietnam War. He received numerous accolades for his time in the service, including the Air Force Commendation Medal. It was also during this time that his third child Robert was born.

Gene began his distinguished medical career as an ophthalmologist in private practice in Belleville, NJ and was affiliated with several medical institutions including Clara Maas Medical Center in Belleville, Columbus Hospital in Newark and the Newark Eye and Ear Infirmary. Throughout his career, he pioneered and performed numerous surgeries, served on many hospital and clinical committees, lectured at several medical conferences, authored many medical periodicals and received numerous accolades for his work and contributions to the field of ophthalmology. Gene’s life mission was to help others and he touched and improved the lives of his patients as well as all that were honored to know him.

As much as he loved and was devoted to his career, family was always his first priority. Nothing was more important to him or brought him more joy than enjoying time with his family, whether it was at Sunday dinner, on vacation or just spending time reading to or singing with his grandchildren. In recent years, as he faced difficult health struggles, he was still the rock of his family. He remained right up to his last days an example of dignity, strength and grace. Even in sickness, Gene had an innate ability to make all of those around him feel loved, cherished and protected.

In lieu of flowers, the family requests donations be made in Dr. Eugene Chiapetta's name to American Diabetes Association.

To order memorial trees or send flowers to the family in memory of Eugene Chiappetta, M.D., please visit our flower store.