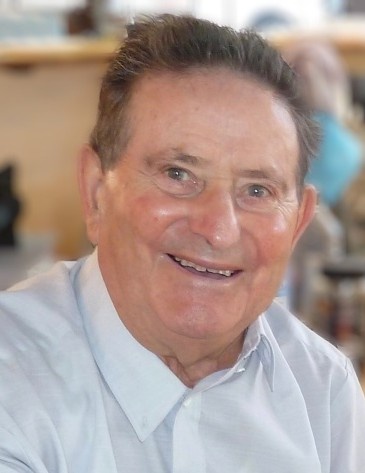 On February 28th, 2019 In Morristown, NJ, he passed away peacefully surrounded by his family. Beloved husband for 62 years of Dolores Mouriño Rodriguez, loving father to Francisca (Jaime Rodriguez) and the late Jose Antonio, dear grandfather to Lauren and Stephanie and uncle to many nieces and nephews. Emilio is survived by his sisters, Rosa and Celsa. His brothers Manuel, Antonio and Delmiro pre-deceased him. Funeral services will take place in Spain.

Emilio was born and raised in Nogueiro, Ourense, Spain. He enlisted in the Spanish military in Ceuta and Melilla, where he continued his lifelong passion of shoe making and later became an avid cobbler. In 1968, he emigrated to the United States. His wife and children later joined him and built a life together in Newark and Elizabeth, NJ. Through retirement, he spent his winters with his family in the United States and shared his summers with his granddaughters in Spain. He was an honorable man, who lived a life filled with happiness, love, and hard work. Emilio shared his compassionate and kind spirit with others and was known for his infectious smile. We were fortunate to know him and learn from him. May his soul forever rest in peace.

To order memorial trees or send flowers to the family in memory of Emilio Rodriguez, please visit our flower store.