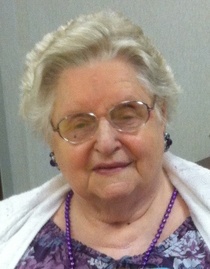 The funeral will be from the Galante Funeral Home 2800 Morris Ave., Union on Friday March 9, 2018 at 12 noon. Visitation will be Friday morning from 11AM - 12 noon with a service in the funeral home immediately following. Interment will follow at Hollywood Memorial Park in Union.

Elizabeth was born in Rochester, NY and grew up in Irvington. Eventually Elizabeth started her own family that she raised in Union before residing in Toms River for the last 20 years. She was very active in the Union PTA and Little League. Elizabeth was also a past president of the American Legion in Union.

To order memorial trees or send flowers to the family in memory of Elizabeth Cortese, please visit our flower store.