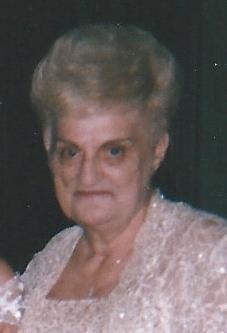 Funeral services are private, in the care of the Galante Funeral Home in Caldwell.

Born in Newark, Eleanor was a longtime Bloomfield resident before moving to Caldwell, and finally to Cedar Grove several years ago. She worked as a cashier at Ohrach's Department Store in Newark until her retirement.

Eleanor was the beloved wife of the late John J. Bondura; dear mother of Camille Bondura; and cherished sister of Josephine DeVivo and Gloria DiMeola. She was predeceased by ten brothers and sisters, and is survived by several loving nieces and nephews.

To order memorial trees or send flowers to the family in memory of Eleanor Bondura, please visit our flower store.