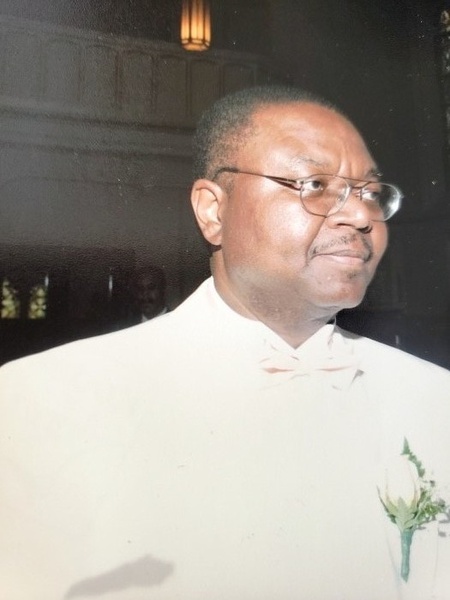 Eddy Germain
On Saturday April 11, 2020, Eddy Germain, loving husband and father of four, passed away at the age 67.
Eddy was born on August 15, 1952 in Port-au-Prince, Haiti to Marie Laurence Dorvil and Paul Germain. He completed his primary education at Jean Marie Guilloux and his secondary education at Lycee Firmin in Port-au-Prince. After completing high school, he reunited with his mother in the United States in 1974 and resided in New Jersey where he obtained an Associate's Degree at Essex County College.
He earned an athletic scholarship in soccer while he pursued his Bachelor's and Master’s degrees in Civil Engineering at the New Jersey Institute of Technology (NJIT). After graduation, he landed his first job with the state Department of Transportation as an Engineer in the Department of Bridge Design and Maintenance. He worked for the DOT for 41 years, rising through the ranks until he was named Director of Bridge Engineering and Infrastructure Management and would have celebrated his 42 anniversary this coming July.
Eddy was a well-known and dedicated member of the community. He served on many boards and was the president of the board of Adjustment in Irvington, NJ. He enjoyed learning and teaching, so much so that in addition to being an Engineer, he was also an adjunct professor at Essex County College for 30 years. He was well respected and liked by many. He had a passion for soccer and remained actively involved with the Haitian Soccer League of New Jersey. He was an avid player of table tennis, jazz guitar, and chess. He was a caring and gentle soul with an infectious laugh. He was always available with a helping hand if it was needed.
Eddy Germain is survived by his wife Thecy Germain, his mother Marie Laurence Dorvil and stepfather Emmanuel Armand; his son Eddy Jr. Germain, his step sister Mireille Armand; his step children Bianka, Kiana, and Cody; his grandchildren Elyjah, Joel, Nicholas, Kristina, and Brandon; his aunt Noemie Germain Lafleur, his cousins Evans and Ronel Dorvil, and Natacha Lafleur.
Eddy will be missed by all of us.
'The Great Spirits are looking over us. They know the magnitude of men's evilness. They are protecting us; but we must have faith. They are true sources of energy at all times.'
"Naked came I out of my mother's womb, and naked I shall return thither. The Lord gave, and  the Lord hath taken away; blessed be the name of the Lord"  Job 1:21

In lieu of flowers the family prefers that you make memorials to FamiCare in his memory.

see the link below.

To order memorial trees or send flowers to the family in memory of Eddy Germain, please visit our flower store.