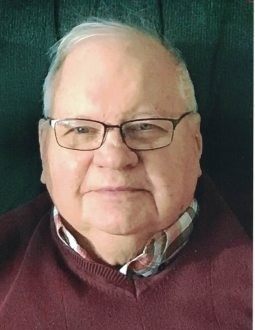 Stoller, Donald Jacob, 89, passed peacefully on Thursday, March 26, 2020.  Donald was born on June 17, 1930 in Newark, NJ to Elsie and Christian Stoller.  He graduated from Upsala College in June 1951 with degree in Business Administration.  He enlisted in the Army in October, 1951 serving during the Korean War and was honorably discharged in September, 1953.  He worked as an Accountant for RCA and GE Americom.  He resided in Berkeley Heights, NJ for over 62 years and was an active member of Union Village United Methodist Church.  Donald was an avid NY Yankees and NY Giants fan.  He is preceded by his beloved wife of 51 years, Irene Stoller.  Donald leaves behind 2 children, Cynthia Stoller and her partner Donna Galante and Donald C. Stoller and his wife, Joan R. Stoller.  He was blessed with four grandchildren, Dawn Carter, Todd Stoller, Brian McFarlane, and Kelly McFarlane.  He was also blessed with 5 great grandchildren, Madison Stoller, Courtney Carter, Rick Carter, Sarah Carter, and Jac Carter.  He was devoted to his wife and family and always provided love, comfort, and guidance to those around him, never had an unkind word to say about anyone, and shared a deep faith in God.  The family will have a public memorial to be held at a future date

In Lieu of Flowers The family prefers that you make Memorials to:

The Center For Hope Hospice

To order memorial trees or send flowers to the family in memory of Donald Stoller, please visit our flower store.

Funeral Service to be held Privately