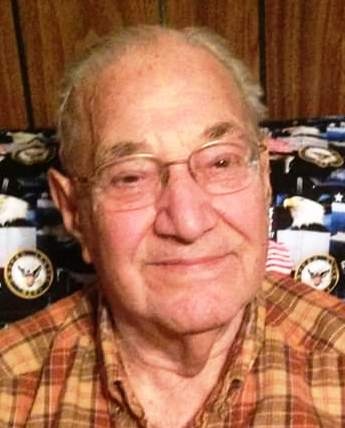 passed away peacefully at home on Monday, September 23, 2019.

He was the son of the late Anthony “Nicholas” Monteleone

and Grace DeMarco-Monteleone, also of Union.
He served during World War II in the Navy,

stationed in the South Pacific.

After the war, he moved to Union with his wife where he was a lifelong Union resident.

His family owned a small farm on Vauxhall Road for many years.

for 36 years as a selector before retiring in 1987.
Dominick was a member of the AARP

and UTAR (otherwise known as the Monday Club) of Union

and he loved to travel, go dancing and visit frequently

and 2 sons; Dominick and his wife, Noreen (Jargiello) Monteleone also of Union

and Steven and his wife, Patty (Feijoo) Monteleone of Berkeley Heights.

He has 4 grandchildren, Marina Monteleone Reilly and her husband, Andrew Reilly of Union,

and one on the way within a week.
He is survived also by 2 sisters; Dolly Horvath in Colorado and Mary Drobny of Toms River.

He was predeceased by 5 brothers and 3 sisters.

To order memorial trees or send flowers to the family in memory of Dominick Monteleone Sr., please visit our flower store.