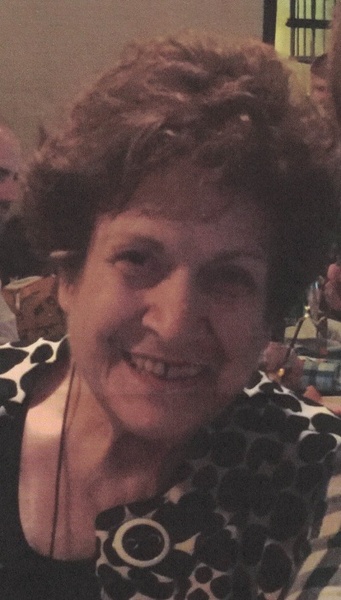 Mrs. Falcone was born in Newark, NJ in 1936 to the late Pat Conforti and Della (nee Troiano/Damiano). She was a secretary at Louis Schlesinger Real Estate, Newark, Jeffrey Martin in Union and Overlook Hospital in Summit. She with her late husband, Joseph Falcone raised their two daughters, Linda Gretta and Judy Irwin (husband Dan) in Union. She was the loving grandmother of Emily Gretta, Michael Gretta and Danny Irwin, Jr. She was predeceased by her sister, Marion Amatucci and by her brother-in-law Bert Amatucci. She was the aunt of Marilyn Palmer and Barry Amatucci, and is also survived by her dear cousins Mary Ann Skrec and Jo-Ann Marino, and by several nieces and nephews.

Family and friends are invited to visit at the Galante Funeral Home, 2800 Morris Ave. Union on Monday May 17 from 11am to 12 noon. A Funeral Service will be celebrated in the funeral home at 12 noon, and entombment will follow at Hollywood Memorial Park.

To order memorial trees or send flowers to the family in memory of Dolores Falcone, please visit our flower store.