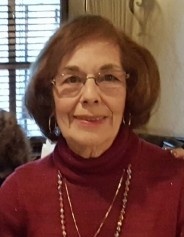 Dolores De Deo (nee Nittoli) 81  of Union NJ passed away on July 27,2021, finally freeing herself from her battle with dementia.

Dolores was born in Newark, NJ to Alfred and Alphina Nittoli on July 14th, 1940.

Her love of children and family was unlimited. Dolores also extended in her role as great aunt to Tom & Nicholas Nittoli, Alaina Barbagiovanni, Alfred and Anthony Nittoli, Emme and Jack Testa and Luke De Deo and great-great aunt to Tom Nittoli.

Dorie, as she was known where she worked in multiple roles for nearly 50 years  at Seton Hall University, loved all of her extended children. She retired in 2010, after earning the McQuaid Medal for Distinguished Service in 2004, but always kept the students in her heart.

Visitation at the Galante Funeral Home 2800 Morris Ave. Union will be on Thursday July 29th at 3PM – 7PM.

Funeral Services will be held at Holy Spirit Church, 971 Suburban Ave. Union, NJ, at 9:30AM on Friday July 30th.

In lieu of flowers, donations can be made in her name to St. Jude Children’s hospital, St. Jude Donations.

To order memorial trees or send flowers to the family in memory of Dolores De Deo, please visit our flower store.