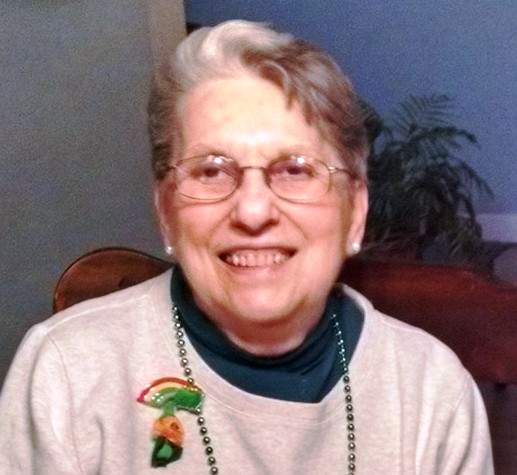 She moved to Union as a young girl where she raised her family and lived most of her life.

She was a graduate of Union High School

She taught in the Union School System as well as at Union County College.

Laurie was dedicated and devoted to Christ and served Him through

There she was a Deacon and an Elder, was instrumental in starting the Connecticut Farms Church Nursery School,

was the Director of Christian Education, taught Sunday School, led Bible studies, and sang in the choir.

Laurie lived a very active life, she walked, did yoga and traveled often.

also of Union, in 1954 and recently celebrated their 65th wedding anniversary.

She is survived by her loving husband, Bob,

her sister and brother in law Marilyn and Larry Patz

She was a loving aunt to numerous nieces and nephews

as well as grand-nieces and grand-nephews.

She remained close with and loved her extended family,

including aunts and uncles, many cousins, and a multitude of friends.

Hers was a well lived life.

To order memorial trees or send flowers to the family in memory of Delores "Laurie" Glaser, please visit our flower store.