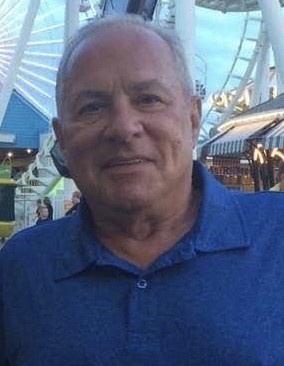 Family and friends are invited to attend a visitation for Davide at the Galante Funeral Home, 54 Roseland Ave. Caldwell on Tuesday June 22 from 3-7 PM. A Funeral mass will be celebrated at St. Aloysius Church in Caldwell on Wednesday at 10:30 AM. Entombment will follow at Gate of Heaven Cemetery.

Davide was born on December 12, 1946 to Henry and Ethel (nee Cordeiro) in Pawtucket, Rhode Island in 1946.  He was raised in Newark, NJ, where he graduated from Barringer High School in 1964. He attended Newark College of Engineering and then enlisted in the United States Air Force and was honorably discharged. He worked as an Illustrator at Pennwalt, where he met his wife, Philomena Iacobelli and married in 1970. From there, he and his wife moved to Belleville and settled in West Caldwell. He began his long career as a New Jersey Union carpenter for local 253, from where he retired in 2013. Most recently, in his retirement, to keep himself active, he was employed by the Caldwell Police Department as a crossing guard, always greeting pedestrians with a smile and a wave.

Davide lived a simple life, the best kind of life. He was a hard worker who did everything for his beloved family and always put them first. He worked, sometimes 7 days a week, to provide the best life for his wife and two daughters. Later in life, his joy was his 3 grandchildren and his 2 grand dogs. He could be found at tennis matches, dance recitals, baseball and football games, cheering on his grandchildren, or just having a cup of coffee at one of his daughters houses (every other day), so proud of the family he created.  Davide lived a great life, rich in the love of family.

He was predeceased by his mother and father, his sister Nancy Hamway, his mother in law Assunta Iacobelli and father in law Onorio Iacobelli. Surviving are his wife, Philomena, his daughters, Dina Schablik and her husband David, Danielle Morris and her husband Brian, his brother Henry Augusto (Joanne) and his brother in law Peter Iacobelli (Ann), his three adored grandchildren, Matthew, Emily and Sean, a host of nieces and nephews and his two grand dogs, Duke and Charlie who brought him immense joy and smiles later in his life.

To order memorial trees or send flowers to the family in memory of Davide Augusto, please visit our flower store.