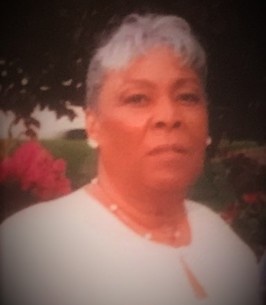 Charlotte  Elizabeth  Williams
Charlotte Elizabeth (Jenkins) Williams, 83, of Scotch Plains, N.J. went home to be with the Lord on Monday, March 25, 2018 with her loving family at her side. She was born August 11, 1935 in Morristown NJ, to Samuel B. Jenkins and Anna Perry Jenkins; she was one of 16 children from that union.

Charlotte attended the Morristown School System and Graduated from Morristown High School in 1952. She later attended Designing School in New York for a short period of time. In February of 1955 she met Raymond N. Williams at the Dream Land Skating Rink in Newark N.J. In May, the two were engaged; December of that same year they were married at Calvary Baptist Church in Morristown N.J. They just celebrated their 63rd wedding anniversary this past December.

Out of that union they were blessed with four boys and one girl. She later went on to be a design and dress maker, through her love of Fashion and Design; she put together several Fashion Shows that were very successful.

Charlotte had a great love for the Lord, her husband, children, grand and great grands, and family. She walked by faith and not by sight (2 Corinthians 5:7). She instilled her faith in family, friends, and those how knew her.

Relatives and friends are invited to gather on Friday, March 29th from 9:30 to 10:30 a.m. at the Ron Mowad Funeral Home & Cremation Service (located in the Galante Funeral Home), 2800 Morris Avenue, Union. Funeral services and prayers will be held in the funeral home at 10:30 a.m. Entombment will follow in Hollywood Cemetery, Union. In lieu of flowers please make donations in Charlotte's memory to Saint Jude Children's Research Hospital. (www.stjude.org)

To order memorial trees or send flowers to the family in memory of Charlotte Williams, please visit our flower store.