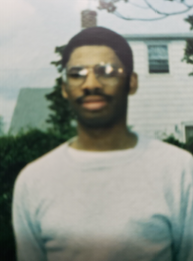 ​On October 13, 2020, Carthell Robinson Jr. suddenly passed away at home. Carthell was born on February 22nd, 1965 in Manhattan, New York to the parents of Carthell Robinson Sr. and Irva Robinson. Carthell was the eldest of three children. Carthell attended P.S. 243 for his early education in Brooklyn, New York. Carthell began his highschool education at Boys and Girls Highschool in Brooklyn, New York. As the family relocated to New Jersey, Carthell completed his high school education at Frank Morrell High school in Irvington, New Jersey. Carthell was a dedicated employee while being employed with ShopRite for 24 years. Carthell enjoyed spending time with his two siblings and his parents at home. Carthell also enjoyed watching sports on television, with a special interest in wrestling. In addition, he enjoyed watching political programs and listening to music. Carthell was an avid reader. He enjoyed spending time at Barnes and Noble Book Store. Carthell was a devoted son, brother, and a friendly neighbor. He leaves to cherish his memory his father Carthell Robinson Sr., Mother Irva Robinson, Brother Mchael Robinson, Sister Latoya Robinson, and all of Union, New Jersey, along with a host of Aunts, Uncles, Cousins, and Friends. Carthell’s memory will live on, and he will be sorely missed.

To order memorial trees or send flowers to the family in memory of Carthell Robinson Jr., please visit our flower store.