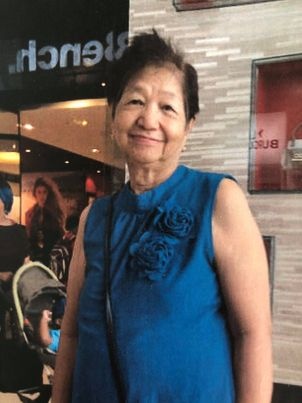 Belen graduated from Luzonian College, class of 1963 with Bachelor of Science in Elementary Education. She worked with the Philippines' Commission on Elections and retired as an Election Registrar in Sampaloc, Quezon, Philippines.

She was married to Ramon C. Valencia and they settled in Lucena City, Philippines. They celebrated their 50th wedding anniversary in 2013 before Ramon passed away in 2015.

Funeral from the Galante Funeral Home 2800 Morris Ave. in Union on Saturday.

Funeral Mass at St. Raphael Church in Livingston at 10 AM, followed by a committal service at Rosedale Crematory in Orange, NJ.

To order memorial trees or send flowers to the family in memory of Belen Valencia, please visit our flower store.