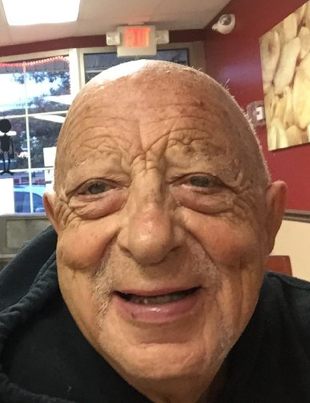 A Funeral Mass will be celebrated at St. Michael's Church in Union on Friday at 1PM. Entombment will follow at Hollywood Memorial Park. Visitation will be held at the Galante Funeral Home, 2800 Morris Ave. Union on Friday morning from 10 AM until church time.

Born in Newark, Bart lived in Irvington and often visited the local bowling alley where he bought a ticket and became one of the early winners of the fifty thousand dollar New Jersey lottery. After moving to Union many years ago, he continued to be an avid bingo player and NY Yankees fan. Bart could often be seen walking throughout his hometown of Union and was easily recognized everywhere he went. When he did leave Union for the day, Bart most enjoyed vacationing at the Pam Am in Wildwood Crest or taking a bus trip to the Atlantic City casinos.

Bart was a church goer who loved hobbies such as assembling and collecting car models, number painting and hook rugs. His music favorite was Elvis and although he did not like to cook, eating food and dining out was at the top of his list of favorite things to do. He loved Christmas and birthdays and often talked about his parents and all the fun times they had together.

Bart you are and will be missed by many, we will forever remember you and cherish our times together. We love you Buddy Boy.

Bart was predeceased by his loving parents Peter and Prudence (nee Mangogna) Cangiano. He is survived by his dear cousins and care givers Phil Mangogna, his wife Colleen and their children Alexandra and Christopher. His loving cousins  Louis and Connie Mangogna, Sally and Joe SanFilippo, Joe Gagliano, Lewis and Sue Giordinio, Joe Chimento, Marianne and John Salerno, and Annamarie and Steve Ciaramella and their families.

To order memorial trees or send flowers to the family in memory of Bart Cangiano, please visit our flower store.