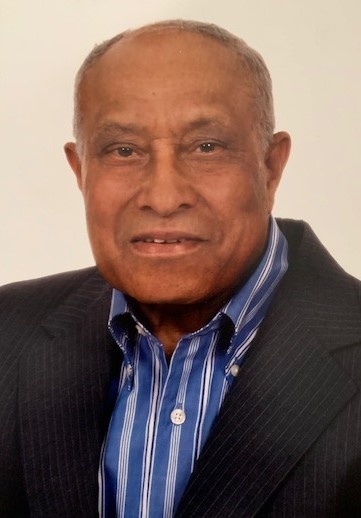 Antonio died of atherosclerotic cardiovascular disease. He resided in East Rutherford, New Jersey, but spent the last year living with his eldest daughter, Nydia Stecky, and her family in Mountainside.

Antonio was born in 1936 on the island of São Vicente, Cape Verde, to Manuel and Teodora Rodrigues. At 12 years old, the death of his father, a police officer, reshaped his young life. Antonio was raised by his mother, a seamstress, in a single parent home with two younger siblings: Fatima and Albertina. Three older siblings — Leonildo, José, and Margarita — were already grown. Antonio had a partial high school education, but was unable to finish due to the family’s financial constraints. At the age of 15, he left school and went to work as an apprentice to an auto mechanic. His mother’s influence was pivotal and her words weighed in his heart throughout his lifetime. Early on she encouraged him to be “a man amongst men,” and that became his life’s purpose — to be a man his mother would be proud of whenever anyone spoke of him to her.

At 17, a cherished childhood friendship opened a door of opportunity for Antonio. He accepted his friend’s offer to move to Guinea-Bissau, formerly Portuguese Guinea, where he landed a job in a machine shop at the local port. He went on to work as a carpenter, mechanic, pharmacy clerk, then learned the trades of maritime engineering and metalwork. He found work as a merchant mariner by the age of 18, traveling the world from port to port by ship.

Born on a small island, Antonio was often in awe of his own journey. He told memories of voyaging from Brazil’s equatorial climate to the frigid temperatures of St. John’s, Newfoundland. Travel on the high seas was adventurous and at times dangerous. He survived two shipwrecks, including an explosion that left him and a few shipmates awaiting rescue in a lifeboat. A Polish vessel picked them up and brought Antonio to the United States for the first time. It was a real-life introduction to the land he saw on a movie theater screen back home in Cape Verde. Once he recovered from the shipwreck, the short stay in New York City ended, and he was sent back out to sea.

Antonio’s older brothers emigrated from Cape Verde to Europe and South America. By his late 20s, Antonio took up residence in La Plata, Argentina, where his brother, Leonildo and his wife, Nidia, had settled.  During the 7 years that he lived with them, he fell in love with Argentina and completed his high school degree as well as additional trade training. While visiting his brother, José, in the Netherlands, Antonio met his future wife, Florencia Lencina, an Argentinian native working in Amsterdam. The fateful encounter happened while the two were running personal errands at the Argentinian consulate. They married on April 24,1974, in Buenos Aires, Argentina. Antonio immigrated to the United States ahead of his wife to find and prepare a home while she waited for him to send for her. She arrived in December of that same year, fulfilling a lifelong dream for Antonio. The couple put down roots in East Orange, New Jersey. While building the foundations of his American dream, Antonio alternated his days and nights as a building superintendent for a large East Orange apartment building where he, and his now small family, lived, and a full-time swing shift job as a refrigeration engineer in New York City skyscrapers. He became a member of the International Union of Operating Engineers Local 94 and worked for 40 years as a refrigeration engineer in buildings housing corporate offices for conglomerates including Western Electric, Citibank, and AIG.

Antonio was a proud father to his three children: Nydia Solange, Pablo Alejandro, and Astrid Noemi. When asked about his greatest accomplishments, Antonio spoke about his family. He lived by the precept: “Life is family.” Despite separating after a 16-year marriage and subsequent divorce, he remained an involved parent, imparting fatherly wisdom and imploring his children to learn from his mistakes. Antonio never wanted to brag. His quiet faith underscored his deep belief that God knows what’s best, and in his deep humility he often stated that he was content and had a beautiful life.

Antonio’s favorite pastime was reading. When he wasn’t with his children, he spent his free time in libraries and Barnes & Noble, always with a newspaper and books in reach. He befriended Barnes & Noble employees and other regulars who saw him nearly daily while he relaxed with his reading materials and a hot tea and scone. Antonio enjoyed having conversations about current events and the state of the world, but he often recalled his humble beginnings when he offered his own insight. Although he didn’t see himself as sophisticated, it was his proper and genteel demeanor that made first impressions. Antonio took French lessons in adulthood to add a 5th language to his toolbox. He spoke Cape Verdean Creole, Portuguese, Spanish, and English. His constant goal was to master the English language, often correcting and pop quizzing his children and grandchildren on grammar.

In addition to his three children, five grandchildren, two sons-in-law, daughter-in-law, and former spouse, Antonio is survived by 2 sisters, a brother, 12 nieces and nephews, and several descendents in Cape Verde, Netherlands, and France.

In lieu of flowers, please consider supporting Antonio’s local public library by donating to the Rutherford Library Foundation, which provides lifelong learning services to the community. The Foundation accepts donations by check (write Antonio F. Rodrigues in the memo), Venmo, or PayPal. https://www.rutherfordlibrary.org/foundation/donate/

Or consider donating to the Make-A-Wish Foundation in Antonio’s honor to support the mission of changing the lives of children with critical illnesses. https://wish.org/

To order memorial trees or send flowers to the family in memory of Antonio Rodrigues, please visit our flower store.