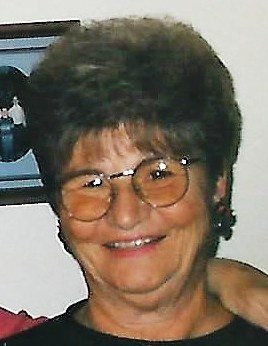 at Overlook Medical Center in Summit.

A graveside Service will be held at Hollywood Cemetery in Union, N.J.

Arrangements are under the supervision of

Born in Italy she lived in Newark, and Union, before moving to Carteret, N.J. 30 years ago.

She was a Hostess at the White Diamond Restaurant in Springfield, N.J. for 10 years,

and then she became a hostess at Burger Express in Carteret, N.J. for 15 years,

Ann was married to her late husband Darfus for 20 years until he passed away in 2005.

Surviving are her brother  Joseph Cocuzzo, and sister Jean Ford,

and is predeceased by her other  siblings Anthony, and Frank, Cocuzzo,

She is also survived by several nieces and nephews.

To order memorial trees or send flowers to the family in memory of Ann Mc Gahee, please visit our flower store.

Graveside Service at a later Date