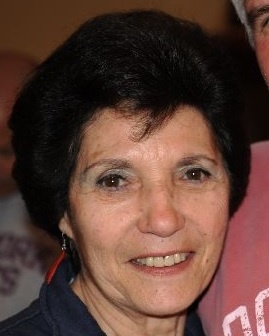 She was born in Orange, N.J. in 1931 to her late father, Benjamin Siciliano, and cherished mother, Mildred Siciliano Onzay.

She lived in Union until 1979 before settling in Mountainside, NJ.

Angela graduated from Union High School in 1949 and was Secretary-Treasurer of the “Union High School Class of ’49” through their 60th reunion. She served on the board of the Boys Club of Union in the early 70s.

She was a bookkeeper/office manager at various automobile dealers, beginning in 1950. Her latest position was with Riegler Dodge, Inc. located in Summit, N.J. from 1980 through 2019.

A lover of music, especially that of the 40s, 50s, and 60s, she enjoyed ballroom dancing, bowling, visiting Atlantic City, and watching NFL games.

Her companion, Vincent M. Cannady predeceased her in 1997. She was a loving mother of her devoted son, Ed Scheuermann of Annandale, and mother-in-law to her dear daughter-in-law, Debbie. Her grandsons Brett, Kyle and Alec were idolized by her.  She also leaves Vincent’s son, Vinnie Cannady and his son Vincent Michael Cannady plus many cousins, nieces and nephews.

In lieu of flowers donations are requested for her favorite charity, the Fisher Center for Alzheimer’s Research Foundation (110E 42nd St. 16th Floor New York NY 10017), a much-needed charity which looks to cure the disease that took her dear mother’s life.

To order memorial trees or send flowers to the family in memory of Angela Scheuermann, please visit our flower store.