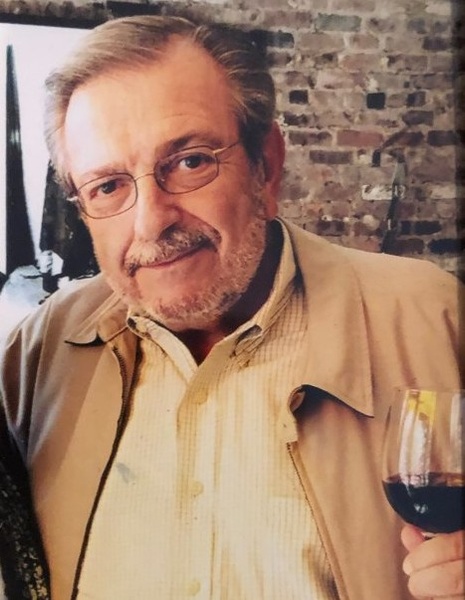 On the morning of April 21,2020, God invited Amedeo to join his parents and two older brothers, Dominic and Louis.

Our brother attended St. Francis Xavier Elementary School and Essex Catholic High School in Newark, New Jersey. He was a graduate of St. Francis College in Brooklyn and in 1977 graduated medical school from the University of Bologna, Italy.

Amedeo loved golf. As a member of the Glen Ridge Country Club, he achieved the rare accomplishment of scoring a hole in one twice on the 17th hole. He was an excellent chess player and an avid reader.

His other passion was good food. He loved to shop for it, cook it, eat it and judge it. If you wanted to know where to get the best spaghetti carbonara, the juiciest burger, the biggest pastrami sandwich, "ask AJ", that's what his friends called him.

As a member of the Tuesday Night Club, along with Scriff, Tony, Joe , Pete, Fiore, Lenny, Tony P, and Carl this crew would enjoy dinner every Tuesday night  at a different restaurant; as Sinatra would say, "where the elite meet to eat."

Amedeo met his childhood friend Cappy in seventh grade playing ball at the First Ave School playground, a friendship that remained strong all these years.

Billy, a long time friend from Newark was his go to sports pal. They spoke daily recapping all sporting events, especially the Yankees and the Giants.

AJ was the calm quiet one in the family. He was the voice of reason and the family arbiter. When sibling rivalry got in the way, he would reassure us and say, "this too shall pass."

Amedeo will be lovingly remembered by his brother, John C. Scolamiero, M.D., his sister and brother-in law Maria and Dominick D'Andrea and his sister-in-law, Dr. Bernadette Scolamiero.

"Uncle Coco” will be  missed by all of his nieces and nephews; Marisa, Cristina, Caterina, Gianna Scolamiero, Christopher D’Andrea, M.D.,  Mynda D'Andrea, John D'Andrea, M.D., Seulkih Shin D'Andrea, M.D.  and his great niece, Giulia D'Andrea. AJ was deeply loved and will be sorely missed by his stepdaughters Kim and Carey; and by his three beloved grandchildren Dylan, Amanda and Madison.

Our brother is also survived by his significant other, Danielle Faivre.

Amedeo contributed to many charities. If you would like, please make a donation to your favorite charity in his name.

To order memorial trees or send flowers to the family in memory of Amedeo Scolamiero, M.D., please visit our flower store.