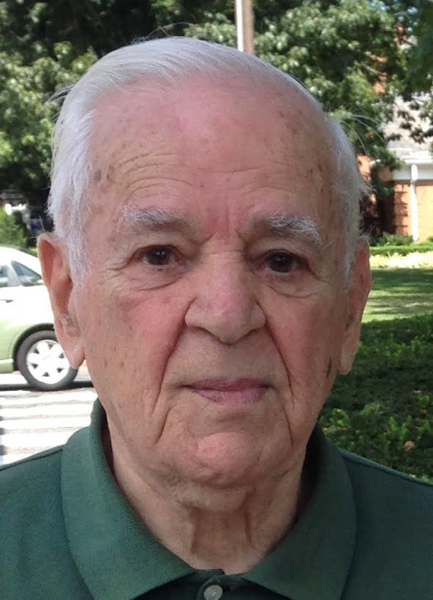 Alphonso J. Tomaino, 101, passed away on June 18, 2020 at the Jersey Shore Center in Eatontown. He was born January 19, 1919 in Red Bank, NJ. He attended all the grammar schools in the Borough of Red Bank and graduated from Red Bank HS in 1938. In 1935, Alphonso played the violin in a quartet which consisted of local young musicians, the so called mountain music which the quartet played was ideally given the name “Hill Billy Boys”. That same year the quartet appeared and performed on a NBC amateur contest and later they were chosen to perform in one of the touring units operated by the Tyro Productions Co. The quartet was given a new name and now was performing as “The Red Bank Rangers”. The quartet had expected to be on tour the summer of 1935. In August of 1936, it was decided to terminate their appearance in and with the tour. So in the fall of 1936, Alphonso returned to school and continued his course of study. His feelings about the tour were that although a school year was lost he gained a great experience. Alphonso entered the US Military in 1942. Upon entrance into the service Alphonso thought he would be placed in one of the military’s musical groups. Due to an urgent need of administrative personnel, he was immediately placed on detach service and was ordered to report to Hattiesburg, Mississippi and take the army’s administrative courses at Mississippi Southern College. Alphonso was separated from the US Military and honorably discharged in 1945 with the rank of, -1- sergeant. Alphonso was a graduate of the Juilliard School, NYC. He was a former real estate broker and a retired retail alcohol dealer with Tomaino Liquors. Alphonso was predeceased by his parents Raffaele and Julia, brother Pasqual (Florence), sister Mary, and sister Josephine (Eugene) Laboissonniere. Surviving are 6 nieces and nephews, 10 grand nieces and nephews, and 8 great grand nieces and nephews. The family wishes to thank the loyal staff at Foodtown for their kindness and the many customers who greeted him while he sat daily on their bench, while living in Red Bank until 2018. Private funeral arrangements in care of the Galante Funeral Home in Union, NJ.

To order memorial trees or send flowers to the family in memory of Alphonso Tomaino, please visit our flower store.