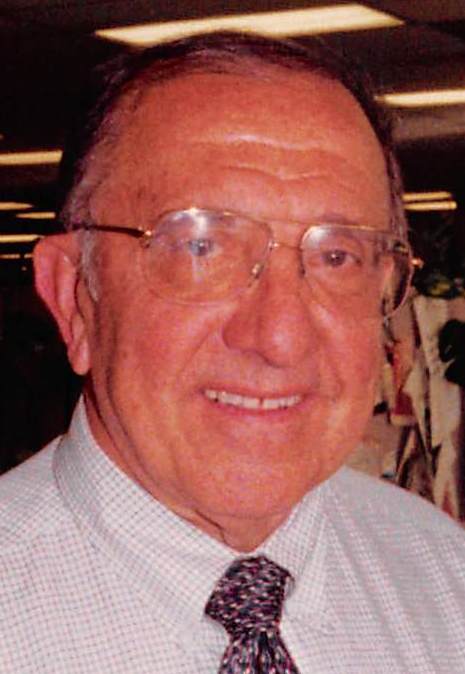 Alfred Anthony DeLuca passed away on May 19, 2018 at the Manor in  Freehold.

The funeral is from the Galante Funeral Home, 2800 Morris Ave., Union on Thursday at 8:30  AM. A Funeral Mass will be celebrated at St. Rose of Lima Church Short Hills at 10 AM. Entombment will follow at Gate of Heaven Cemetery. Visitation is on Wednesday from 3 - 7 PM at the funeral home

Born in Newark and raised on Elm Street, Alfred moved to North Seventh Street with his parents Carmine and Maria DeLuca. In 1953 he married Phyllis Sena and 6 years later they moved to Millburn where they have resided for 57 years.

Alfred began his career in the fine jewelry  industry at 16 years of age at Shiman Industries, a privately owned corporation in Newark. He worked his way up from the mail room to Vice President of Manufacturing.

Following his marriage, he attended Rutgers Newark at night and graduated with a Bachelor of Science in Management. His love of metallurgy drove him to refine numerous processes for new methods to create a unique line of rings called Mother's rings.

Alfred negotiated a deal with Krementz Inc. to purchase the company who retained him for two years. At 60 years old he reinvented himself by passing the NJ State Civil Service exam for Disability Insurance Claims Examiner. He spent 10 years working for the Dept. of Labor & Industry in Newark until he retired.

In his seventies, Alfred taught himself to become a proficient portrait and scenery painter utilizing acrylic paints. He searched pictures from numerous sources and sketched them first utilizing a mathematical method of enlargement. His studio filled with dozens of original paintings.

Alfred joined the Old Guard of Millburn, a men's organization, where he enjoyed the lectures, book signings and golf with his friends.

His love of College sports was shared with family and friends. He led the debate of who was the greatest QB, coach and point guard and routinely picked the national champion of football & basketball.

To order memorial trees or send flowers to the family in memory of Alfred DeLuca, please visit our flower store.