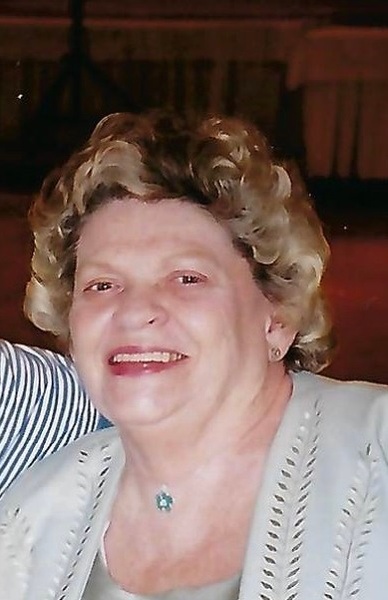 Agnes Marie Morano (nee Munley) passed away peacefully on July 17, 2021 at the age of 87 at the Center for Hope Hospice in Scotch Plains, New Jersey.

Relatives and friends are invited to attend a visitation for Agnes at the Galante Funeral Home, 2800 Morris Ave Union on Friday July 30 from 4-8 PM.

A Funeral Mass will be celebrated at St. Anne Church, in Garwood NJ on Saturday at 10 AM.

Interment will follow at Fairview Cemetery in Westfield NJ

Agnes Munley was born and raised in Pittston, Pennsylvania. After graduating from St. John’s High School in Pittston, Agnes attended the St. James School of Nursing in Newark, New Jersey, where she earned her RN and became a registered nurse. Agnes chose to specialize in pediatrics and began working at the Hospital and Home for Crippled Children in Newark, which later became the United Hospitals Orthopedic Center.

Agnes and Joseph Morano were married in the Cathedral of the Sacred Heart in January 1958 and their only child Michael was born in 1960. They resided in the Ironbound section of Newark until 1970 when they moved to Kenilworth, where the family lived until her death. From 1960 to 1975, Agnes was a full-time homemaker, and in 1975 she became the school nurse at Harding School in Kenilworth. Not satisfied with never having earned a BS degree during her original nursing training, in the 1990’s Agnes completed a Bachelor of Science in Nursing from Saint Joseph’s College of Maine. She retired in 1996.

To have seen Agnes in her element, one would need to be transported to the Harding School nurse’s office, watching her juggle a roomful of sick children. Every child got attention and was made to feel special, safe and loved.

Agnes and Joe were devoted to each other, and inseparable, bonding over family and their commitment to the education and care of children in their chosen careers.

Agnes was a loving wife, mother, grandmother, daughter, sister, cousin and aunt. She was predeceased by her husband, Joseph G. Morano, her father, John Munley, her mother Teresa Munley (nee Johnson), her sisters Virginia Rudnicki and Mary Cerra and her brother-in-law Michael J. Morano. She is survived by her loving son Michael Morano of Westfield, daughter-law Debra Cowell, grandchildren Gregory Morano of West Lebanon, NH, and Elise Morano of Freeport, ME, loving sister-in law Theresa Russomanno and her husband Matthew, and devoted brother-in-law Gerard ‘Jerry’ Morano and his wife Candy, as well as numerous nieces and nephews.

To order memorial trees or send flowers to the family in memory of Agnes Morano, please visit our flower store.