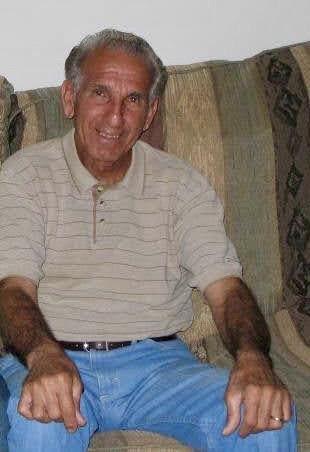 Relatives and friends are invited to attend a visitation for Ronnie at the Galante Funeral Home, 54 Roseland Ave. Caldwell on Thursday June 9 from 4-8 PM. A Funeral Service will be held in the funeral home on Friday at 10 AM, and entombment will follow at Gate of Heaven Cemetery.

Born in Newark, Ron was a longtime resident until moving to Orange. He lived in Arizona and Florida for several years until settling in South Orange for 17 years, and finally in West Orange. Ron was a proud Veteran of the Army Medical Corps., serving from 1956 to 1962. He was a skilled and talented mason for his entire career, creating masterpiece stonework throughout the area. He took great pride in his work, and he was complimented often for his mastery of the trade, and for his beautiful creations. Above all, Ron was most proud of his grandchildren, and he cherished time spent with them.

Ron was predeceased by his beloved wife Margaret (nee Murray) Garguilo. He is survived by his dear companion Anna Jean Policastro, by his loving children Ronald Garguilo, Jr. and his wife Ruthie, Daniel Garguilo and his wife Susie, Richard Garguilo and Robert Garguilo, treasured grandchildren Jagger, Chase, Jade and Chance, his dear sister Diane Finan, and by many loving nieces and nephews.

To order memorial trees or send flowers to the family in memory of Ronald Garguilo, Sr., please visit our flower store.