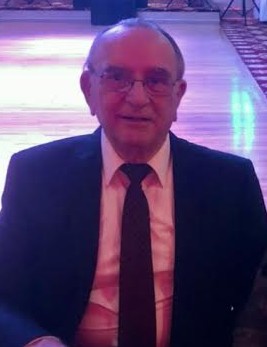 Joseph DeRose of Union passed away on Monday, June 7, 2021 at the age of 78. Joe was a devoted husband, father and grandfather. He was a selfless man who made caring for his family the priority of his life. He was pre-deceased by his wife Carmela, who was the love of his life. They had known each other from a young age, and then began dating during their high school years. They were married in 1965 until her passing in 1989. Joe attended night school at Fairleigh Dickenson University and received his bachelor’s degree in math within 3 years, while working full time during the day to support his wife and young daughter. He worked as computer coder until he retired in 2002. He is survived by his only child, Maria DeRose Pereira, his son-in-law David, and his only grandchild, Isabella, whom he cherished dearly. The impact he had on their lives is immeasurable. Joe loved traveling with his family through Italy, Spain, England, France, and Portugal – he researched and planned the perfect itinerary for the most amazing and memorable trips. In more recent years, he loved taking his granddaughter to Disney World each year. He will truly be missed by his family, and all who knew him.

To order memorial trees or send flowers to the family in memory of Joseph De Rose, please visit our flower store.