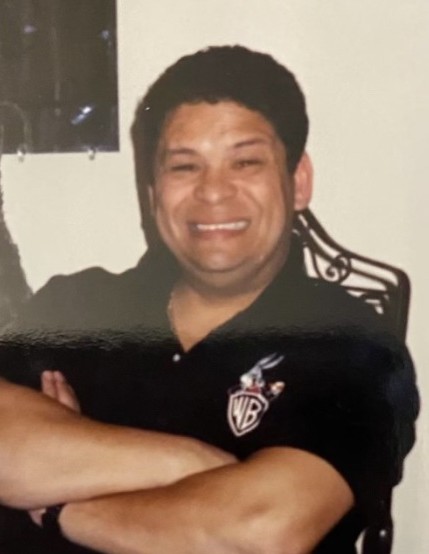 Carmine was born on August 15, 1958 in Ocumare del Tuy, Venezuela, son of Giovanni and Christina Apicella before the family moved to Springfield, NJ in 1965. He resided in Springfield until he moved to Union in 2014. Carmine was a carpenter by trade for most of his life and traveled the world as a professional. He later did his own contracting until he retired. He had an infectious smile and beautiful soul and will be missed dearly. One of Carmine’s nieces ~ Shelby Stout said it perfectly…..”Uncle Carmine. A wildly intelligent, loving, loud, genuine, gum-smacking brother, dad, & uncle who always greeted you with “give me a smoooooch”.

Carmine is predeceased by his parents, Giovanni and Christina Apicella. He is survived by his domestic partner, Sheila Barry (a.k.a. Babe), his 3 children, Sean Anthony, his wife Jessica, Shane Alexis and her partner Rasheed Byrd and Skyler Andrew. He was a doting grandfather to his 4 grandsons ~ Mason, Carmine, Vincenzo and Giorgio. Carmine is also survived by his 6 siblings, Maria Pizuto and husband Joe, Marvis Rothman and husband David, Giovanni Apicella and wife Cindy, Tina Gwizdz and husband Geoff, Karen Stout and husband Mike and his sister, Lisa Laurino. He was also a beloved uncle to Jonathan, Jordan, Jillian, Jana, Matthew, Madison, Shelby, Sydney, Sadie, Christina, John, Anthony, Rebecca, Kaitlyn and Bobby and his great nephews, Ari Rothman, Lorenzo Lucania and Elijah Rothman.

To order memorial trees or send flowers to the family in memory of Carmine Apicella, please visit our flower store.